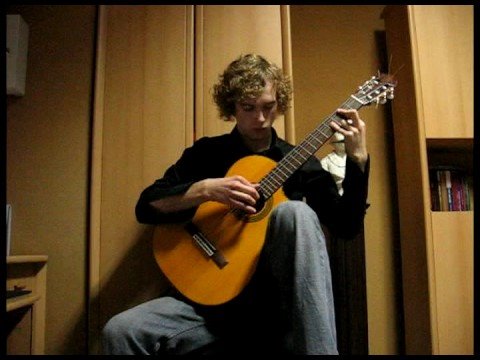 You asked me: What is Love and How do you know when you are in love (with me)?

When a mere thought process in your mind about that person can physically grab you from the inside with a fist and squeeze on your innards. Being adored by another human being feels just like your stomach wants to race right out of your mouth and fall on the floor. And you look around the room trying to keep the world still because it’s always unbalanced thru your eyes. You walk over to the window like a baby learning to walk. The curtains call to you and lift themselves from the ground, asking you to grab them because if you don’t you’re going to fall off the edge of the house into wonderland.

In a way, it is almost like you are dying. Everything wants to shut down and submit. You want to give up your flesh and blood. Give all yourself to him. You almost want to fight this fondness you have for him like a sickness. An alluring virus shutting you down and your body is trying to fight it off with all it’s might. But why would it want to do that? To protect you from yourself? Your mind taking the wheel, trying to keep control of you, saying “hey, hey, come back to earth, mayday mayday, we’ve lost you!”. It’s drug like. A sweet elixir of dopamine and serotonin rewiring all your spongy circuits. The receptors in your brain sweating in phenylethylamine. You have many sleepless nights and days with cat naps to catch up from the war inside your soul.

Love is a euphoric exorcism. Demon what is your name?

You are forced to go outside and breath in fresh air because a few words from their mouth can suffocate you. On your way out the door you stumble like a giant because you’re feet have become heavy and useless. As you push yourself thru the front door like the iron man who finished the race 1st place, you see the trees make shadow puppets against the sun. There are orange and black butterflies you have never even seen in the 8 years you have lived here! The sprinkler is causing the long blades of grass to play a piano solo just for you. The dirt of mother earth against your bare feet allows you to talk with her. So you take advantage and ask her if this is really happening to you? She doesn’t answer with a word. She answers you thru animals. The cats daily narcissistic stride tells you he’s thinking of you right now, smirking at his own inside jokes. The birds start to sing to you, for you, chanting a familiar symphony, that you’ve never heard before. The honey bees flying in patterns and writing words not yet spoken in the sky. The wind wraps you in it’s breeze showing you memories that could be.

The people around you can sense an aura about you. They can see what is happening before their eyes, but they don’t’ want to admit it. They don’t want to see it, and at the same time, they do. Because they know, that unknown feeling. Love is laced in your brain waves that can pass thru your own mind, electrically to others. Attack of the body snatchers. Could you be next?…

When you can look up at the stars and moon at night and feel like that’s just him out there. No longer do you look into the endless glittering black blanket and feel alone. Because he told you, if you got lost in space the day the world crumbles, he would float around on a coment until he could find you.

What is love? Love is an exploration for the novice archaeologist to uncover. With many layers on the crust and lots of different species plants and bones are laying underneath of it. Thousands of years of life on earth from bugs to birds to dinosaurs. From the skeletal remains of Magellen to sacagewea and beethoven to plato. Because we were all of these mysterious lifeforms and more. Our veins flow with the same stardust and atoms from supernovas in the sky. Because of this, I know that you are mine.

We are in love because we are explorers. 2 people who have never stopped looking in every nook and cranny for the other.

Explorers as children
Pinky swearing that we will rule the earth together you and I. King and queen in our cardboard castle. I would cry when you crushed my cookies during tea parties with my invisible friends. But You new how to make me feel better by bringing me daisy bouquets. Telling me sorry, because you like to watch my pain go away.

Explorers as teens
We laid on the grass and stared up at the stars from 2-3am at night. Full of energy being released by our uncontrollable urges to ravage each other over who will get the first bite in the others neck. Dreaming of paradise in our future, together forever.

Explorers as adults
Looking for love in all the wrong places. Forbidden conversations and trading sexy pictures. Both of us married, to another. Never seeing each other for years stirs up memories and passionate feelings of what once was. Making secret plans to see each other, and exploring possibilities of what could be. What’s meant to be.

And Explorers as the elderly
He reads to her almost daily, all their old emails to one another. She’s lost in her mind, but he can always help her find herself thru a path in her heart. She’s left a mountain of writings that he uses to stir up her imagination. She gazes up at him with a smile, and he see’s her in there for just a moment. Child like in wonder at all the romantic stories he tells her. She remembers how much she loves him. Loved him yesterday, today, tomorrow and forever.

And the day one of them passes away
soon shortly after, will the other

That is how I know I am in love with you.

Queen Amora is presently occupied with taking over the world. #sacrificeyourself

To The Man I’ve Loved A Lifetime

The Day The Music Died